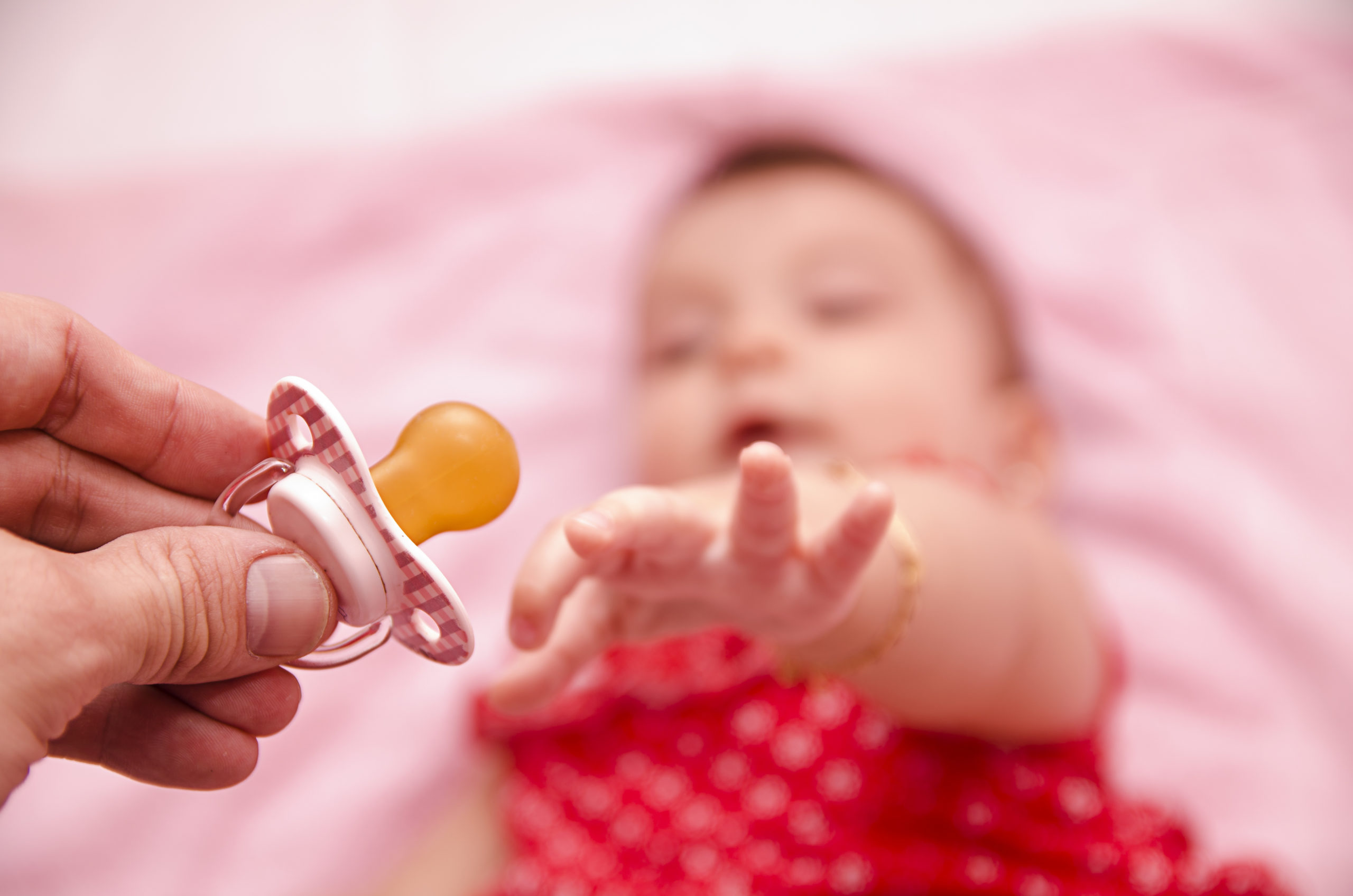 There is no doubt that everybody wants a baby to feed well, metabolise well and sleep well. This feeding-metabolising-sleeping trio seems to be the key ingredients for a baby to thrive. 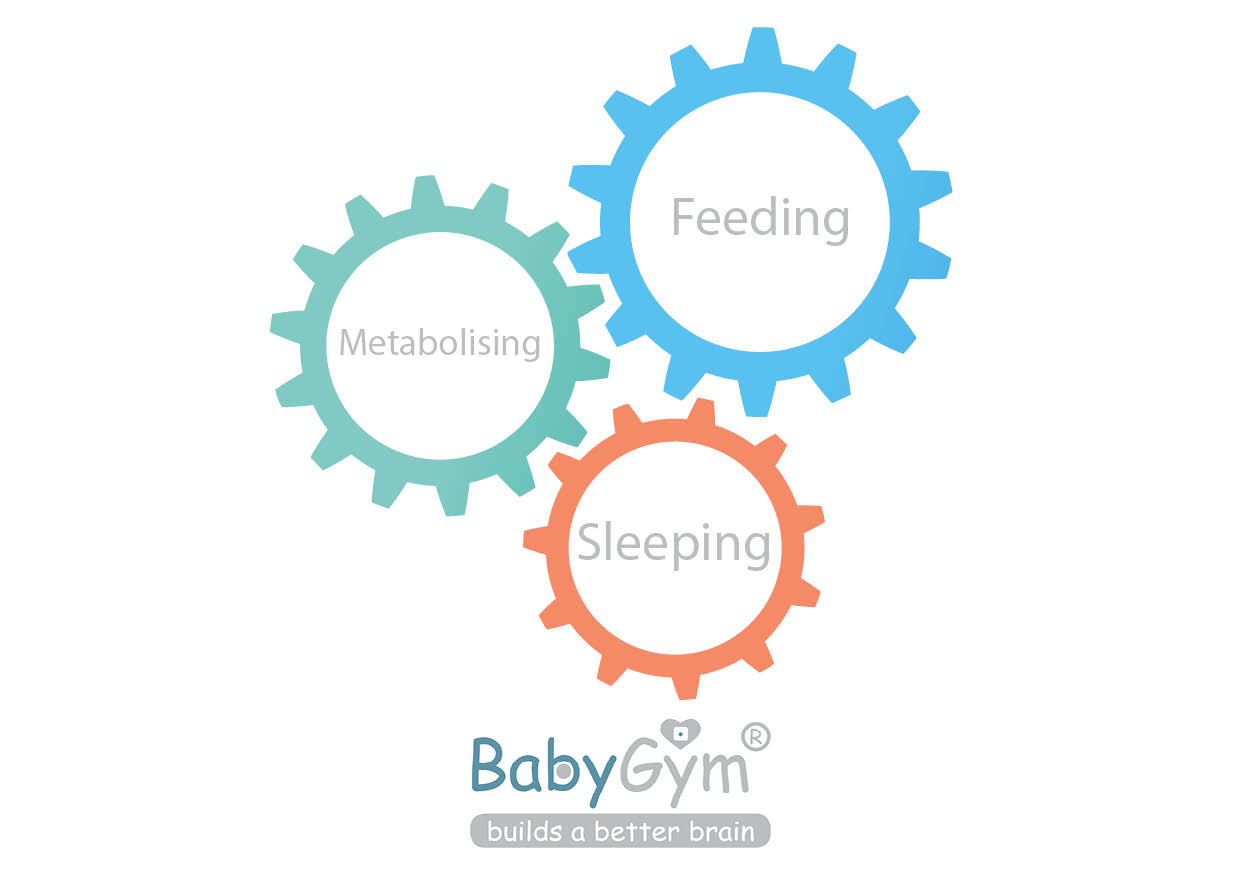 The opposite of a thriving baby is an ill or fretting baby, a baby who just can’t seem to settle, rest and digest. This may be due to pain, discomfort or simply feeling unsafe and insecure in a world filled with strange sensations bombarding their immature nervous system. Whatever the cause, baby may fail to call on the comforting and self-soothing nature of the feeding-metabolising-sleeping trio and without the trio, baby may fail to thrive.

In the absence of the trio the natural rhythm that is part of feeding-metabolising-sleeping may be elusive too. Unfortunately this cycle perpetuates itself when a tired and hungry baby finds it difficult to sleep deeply, which triggers fretting behaviour that compromises feeding, metabolising and sleeping. 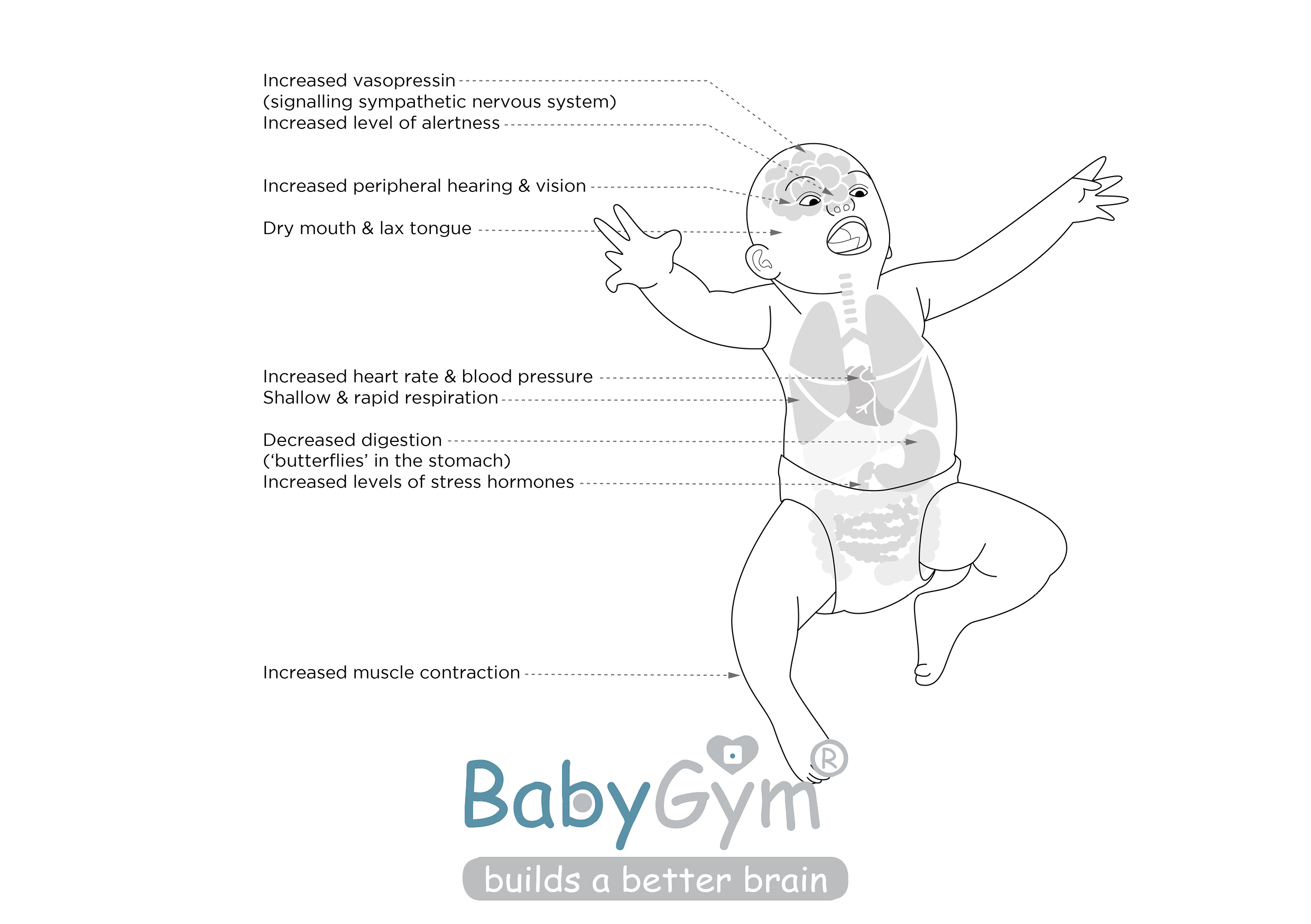 As the survival brain constantly reads the environment inside and outside the baby for any potential threat, these primitive brain structures trigger the sympathetic nervous system to come to the rescue. As seen in the diagram above the sympathetic nervous system increases alertness, heart rate, respiration, blood pressure, muscle contraction and stress hormones, and decreases digestion.

Research by Tiffany Field and her team at the Touch Institute in the US has ruled out reasonable doubt that skin-on-skin contact is nature’s remedy for many ills, as touch: 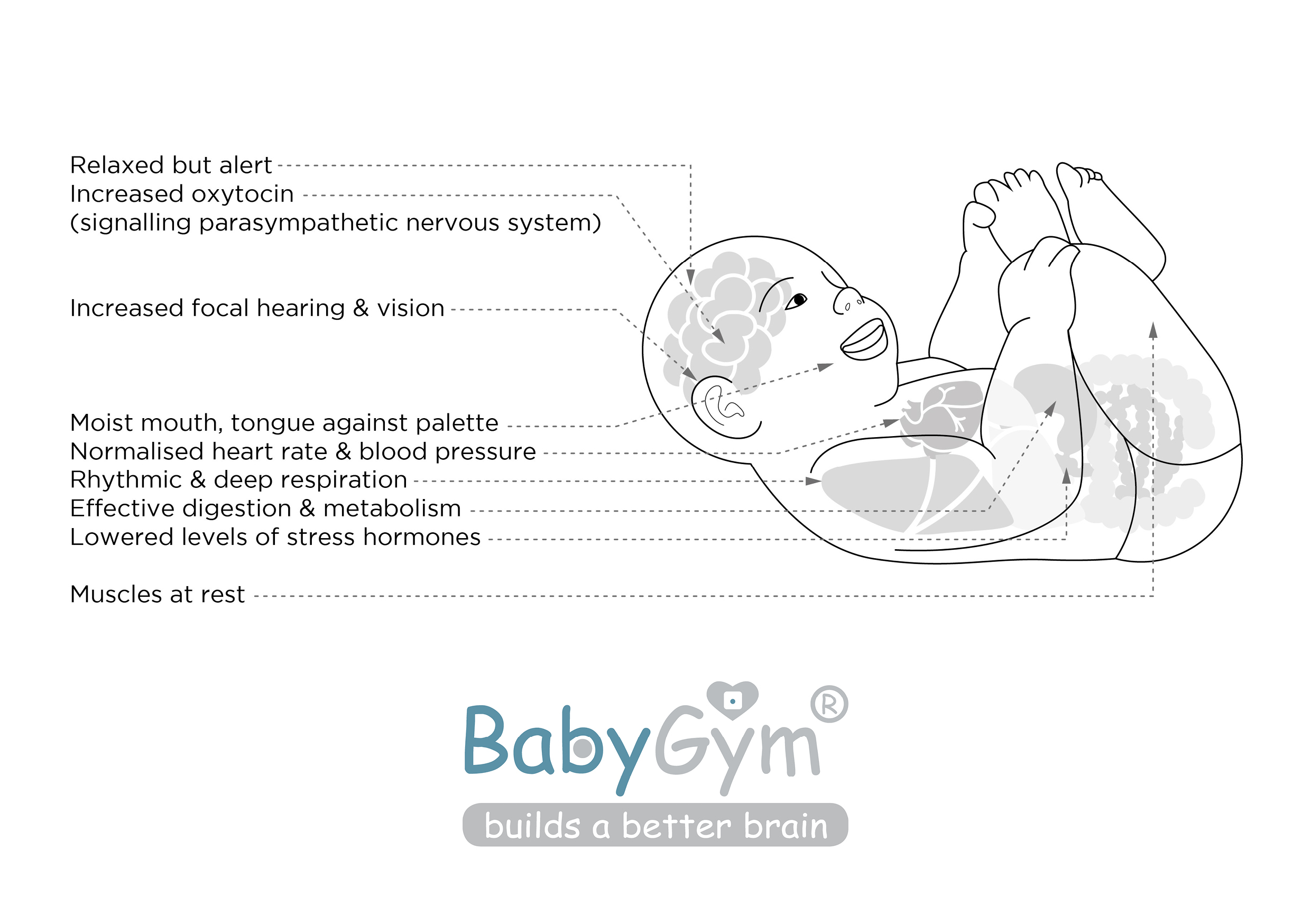 Skin-on-skin contact not only facilitates touch, it also stimulates the two chemical senses: smell and taste. These two senses have an intricate direct pathway to the limbic system, a system which is responsible for emotions and the associated chemistry of well-being. It is an innate response for non-compromised babies to start rooting and sucking the moment they smell their mother because the odour of their mother signals a primitive response that says: ‘you are safe, you can rest, feed and digest’. And in its wake the sympathetic nervous system makes way for the parasympathetic nervous system.

Skin-on-skin is key in breaking the cycle to activate the feeding-metabolising-sleeping trio. Breast is best. A second innate key to unlock the calming function of the parasympathetic nervous system in fretting babies is the natural resting position of the tongue on the palate.

The shape and action of the baby’s lips, tongue and cheeks while suckling (feeding) is a forward/backward motion, while the lips, tongue and cheeks engage in an up/down motion while sucking. Speech and feeding therapists will attest to the difference in the shape and motion during suckling and sucking. And in this difference lies the debate:  to use a pacifier or not.

Professionals in support of NO PACIFIERS call on the difference in mouth position and motion to argue against the use of pacifiers, as they state that it may lead to ‘nipple confusion’. ‘Nipple confusion preference has been used to describe an infant’s fussiness at breast or frustration when they are having problems switching from a bottle nipple and breast, before breastfeeding is well established.’ https://www.llli.org/breastfeeding-info/nipple-confusion/

In this quote ‘nipple confusion’ is referred to in terms of a bottle nipple, but the same argument is put forward by anti-pacifier professionals to discourage the use of a pacifier as they argue, it may lead to nipple confusion and compromise breast feeding.

Professionals in support of pacifiers argue that sucking has a soothing effect on the baby due to the firm interaction between the tongue and palate and the subsequent limbic involvement. Limbic involvement is associated with the parasympathetic nervous system that induces the rest-and-digest state, and so they argue that the use of a pacifier calms a fretting baby to prepare the way for successful feeding.

At the BabyGym Institute research with thousands of babies over a twelve year period has shown that not all babies need, or benefit from, a pacifier. A calm and relaxed baby or a baby who self-soothes does not need a pacifier. Our findings have shown that an at-risk infant may benefit from a pacifier, as a fretting baby may also benefit until they have found another way to self-soothe.

Hannaford, C., 1995. Smart moves – why learning is not all in your head. Virginia: Great Ocean Publishers. 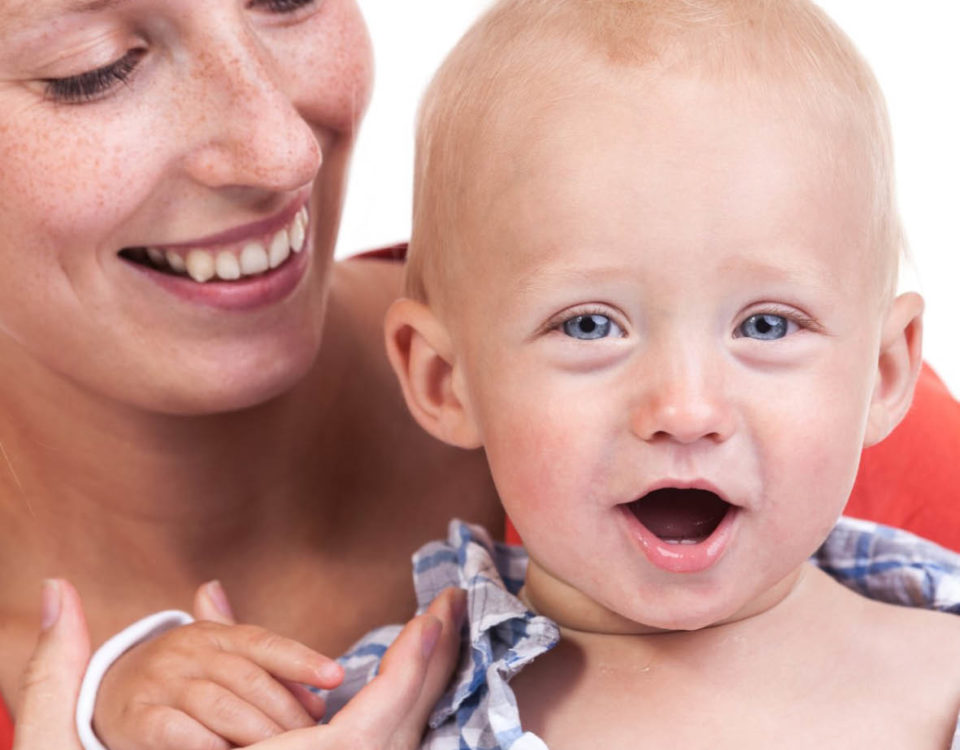 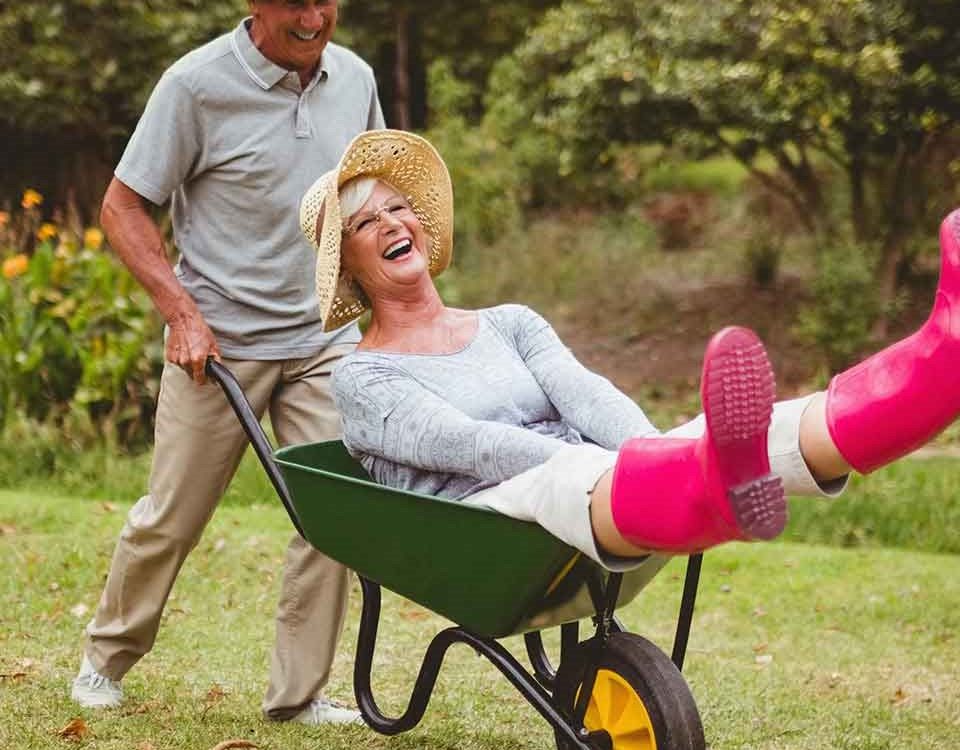