What do eye movements tell us?

Is a walking ring a no-no? 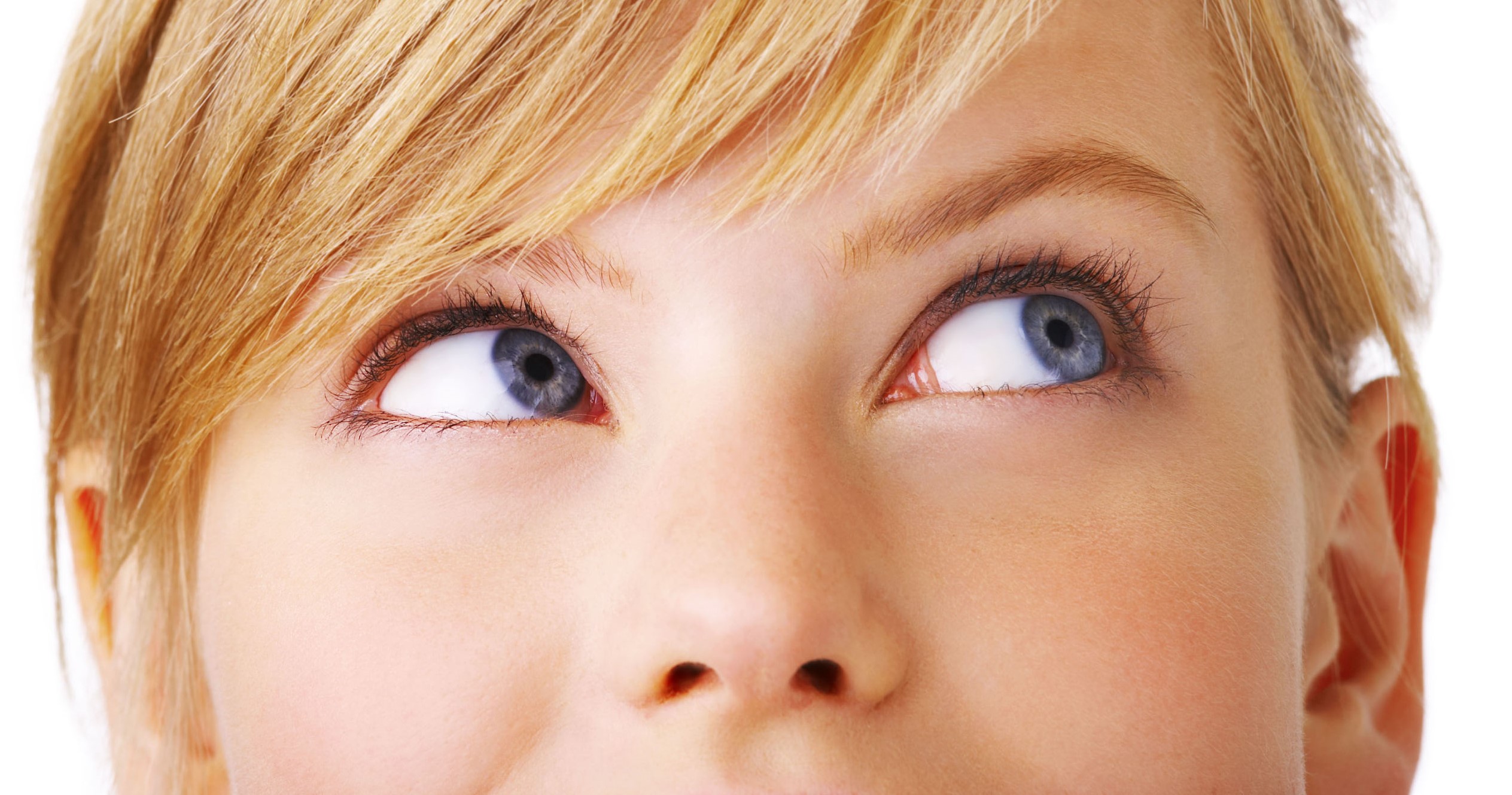 Have you noticed how some people look up towards the sky or ceiling when you ask them a question, while others mostly look down? Do you recall the old saying: never trust a shifty-eyed person?

Are the eyes the door to the soul or the brain?

Research by Wilder Penfield has shown that the eyes turn in various directions to access different parts of the brain. He found there is a definite pattern in the way the eyes turn when people want to remember where was the last place they saw that person; what was his name; and how that last encounter left them feeling. This is wonderful information if you want to develop your brain or even better, if you want to manage your brain.

Richard Bandler (1988) and John Grinder (1989) found similar patterns when they modelled the eye movements of people who were for example, outstanding at spelling. They found those people followed the same basic pattern with their eyes – and the most amazing thing was that none of these people were aware of their eyes moving in any particular way while they were spelling.  Bandler and Grinder also found when the eyes move to access information, these movements appear to be unplanned and unconscious, while looking around for an object or making eye contact with a group of people while talking, are more conscious or deliberate movements.

The brain loves patterns. It is quick to pick up on a pattern of movements and to use the same pattern over and over, because patterns use less energy and need less concentration. Learning Support Therapists have known this for years and hence encouraged their pupils to follow the shape of an infinity sign with their eyes, to improve reading. 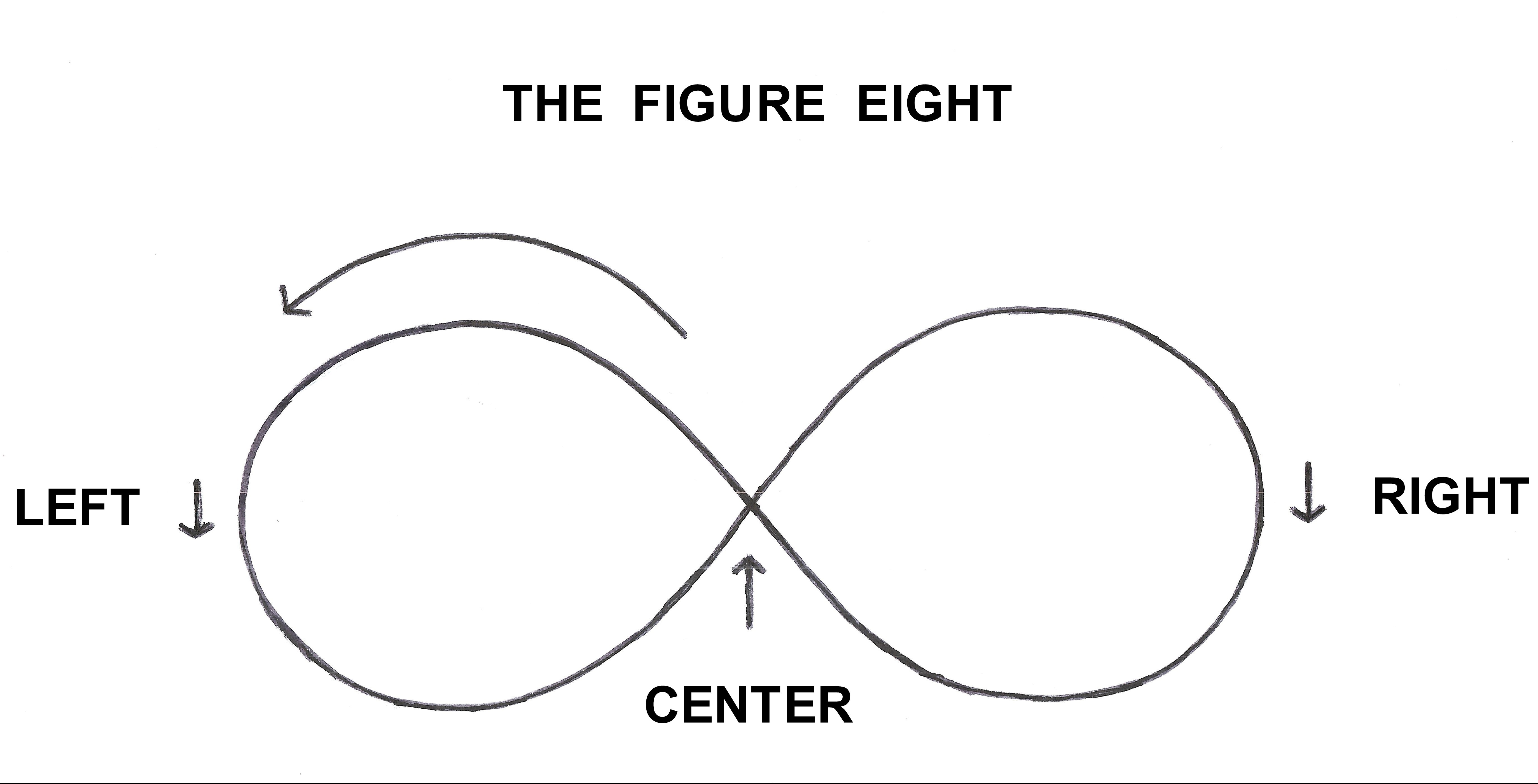 They have also found that, if the infinity sign is done by moving the eyes upwards in the centre and then around the left eye before moving the eyes up the centre and then around the right eye, the improvement in reading was more noticeable in a short period of time. If the same pattern was repeated on paper, in the air or when using raw rice in a tray, the change in activity seems to spark even faster development of the eye movements. 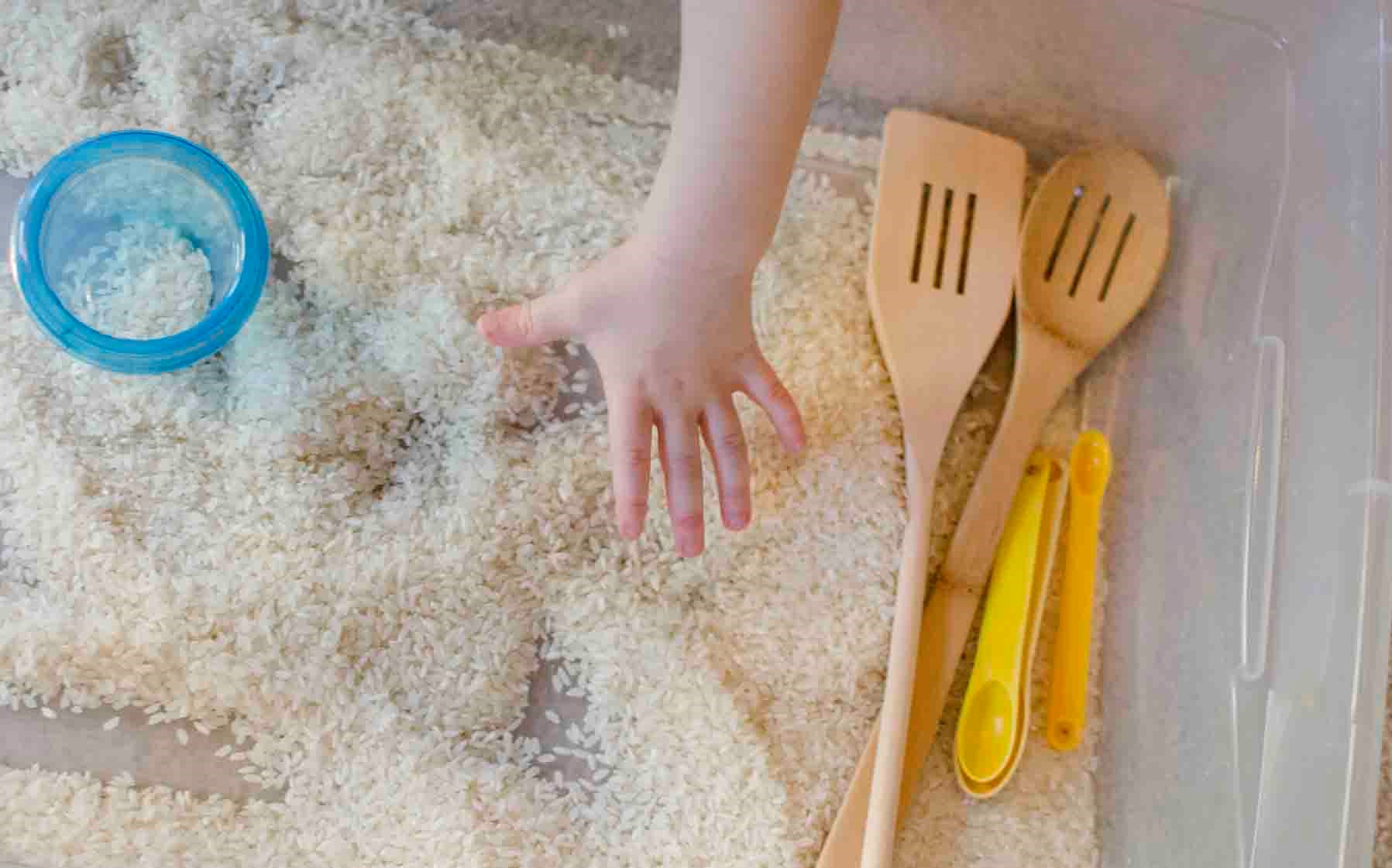 What is the relationship between eye movements and learning styles? When the eyes start to consistently use the same pattern of eye movements, it becomes easier to access a specific part of the brain.

When the eyes look DOWN, the PARIETAL Lobe is used, which makes kinaesthetic learning easier. When a child draws an infinity sign, the shape of the infinity sign is likely to reflect the preferred eye pattern and looks like this:

When the eyes look UP, the OCCIPITAL Lobe is used, which makes visual learning easier. When a child draws an infinity sign, the shape of the infinity sign is likely to reflect the preferred eye pattern and looks like this:

When the eyes look SIDEWAYS, the TEMPORAL Lobe is used, which makes auditory learning easier. When a child draws an infinity sign, the shape of the infinity sign is likely to reflect the preferred eye pattern and looks like this:

Sensory preference and eye movements are flexible and mouldable due to the plasticity of the brain and the elasticity of the muscles. If a child’s sensory preference is not visual, reading and writing accuracy may take a lot of effort and be one of the reasons why a child tends to avoid homework. If this child starts shooting hoops, juggling or doing the Mind Moves Mouse Pad, his visual ability may improve and along with it his ability to read and write with greater ease. If a child’s learning preference is not auditory, listening and following instructions may not be his strength. A child who does not automatically access the listening part of the brain, may get quite a few demerits for showing poor attention in class, while all he needs is to warm up his temporal lobe when entering the class, which is easy when doing the Mind Moves Temporal Toner and Antennae Adjuster.

Starting in front of the ears, using both hands simultaneously, gently tap upwards around the ears. Repeat 3 times.

When the bum is numb, the brain is dumb

A kinaesthetic learner may feel like an alien most of the time in class, because of the kinaesthetic learner’s natural ability to learn best through touch and movement, rather than to sit still and listen. Because of a lack of resources and time to allow learners to explore and learn rather than sit and listen, kinaesthetic learners often end up on medication to curb their movement. Learning without movement is like having to be satisfied with looking at a menu without enjoying the meal – it is not the same. As Gavin Keller, inspirational speaker and principal of Sun Valley Schools, often says: “when the bum is numb, the brain is dumb”.

Without developing access to the seeing and listening centres of the brain, a kinaesthetic learner may remain feeling like an alien and his marks may reflect the same. Yes, chewing gum, using a stress ball, sitting on a gym ball or semi inflated tube will accommodate a more kinaesthetic learning style, but why not also make use of the plasticity of the brain and the mould ability of the eye movements to expand the brain’s preference for one kind of sensory information? Using the above mentioned Mind Moves exercises is an effective and economical way to expand kinaesthetic learning to also include visual and auditory learning. It is mostly merely a matter of eye fitness in all directions, which can develop over time when warming up the eyes before reading and writing.

Once the eyes become fitter (whilst using correct lenses when needed), eye fitness can be seen in a change of the infinity sign’s shape. Fit eyes and a flexible learning style result in a perfectly balanced infinity sign drawn effortlessly with either the dominant or the non-dominant hand. 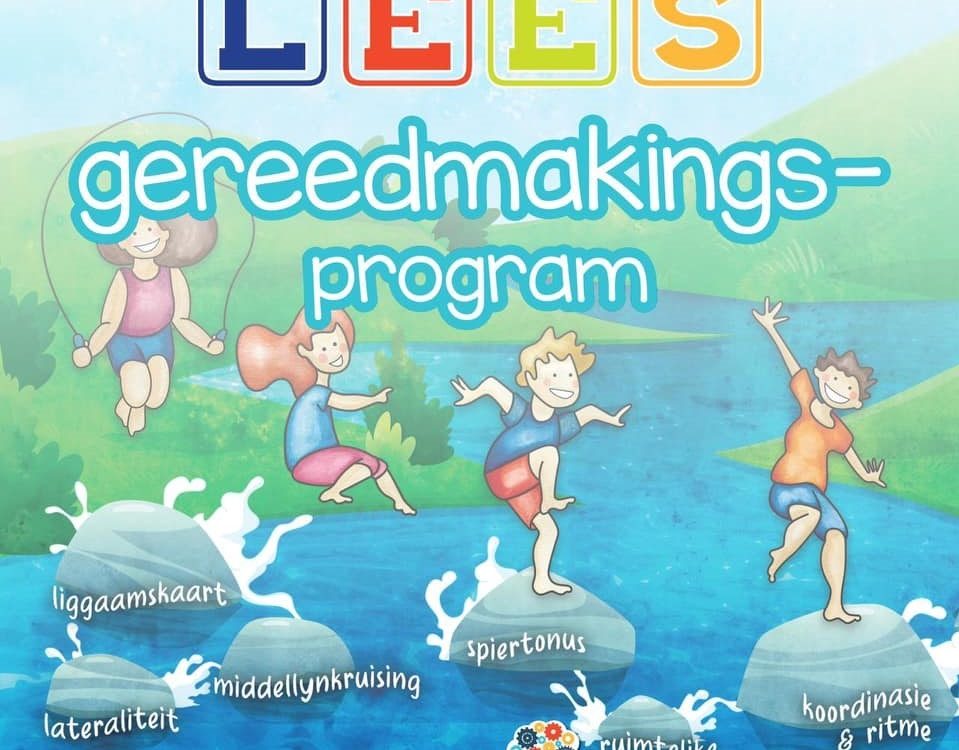 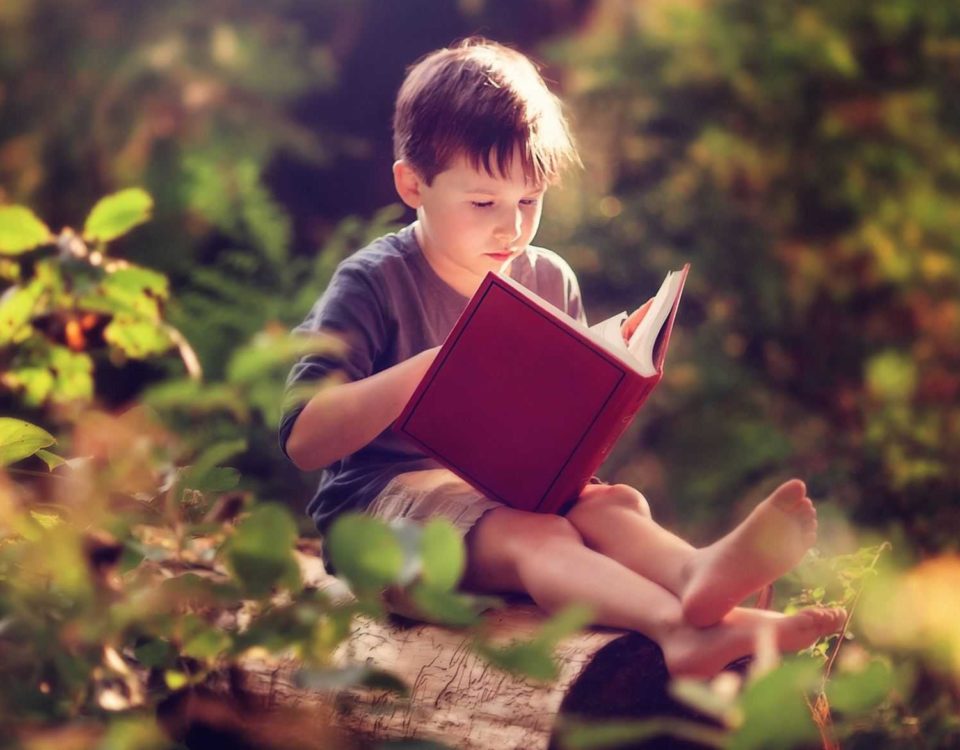 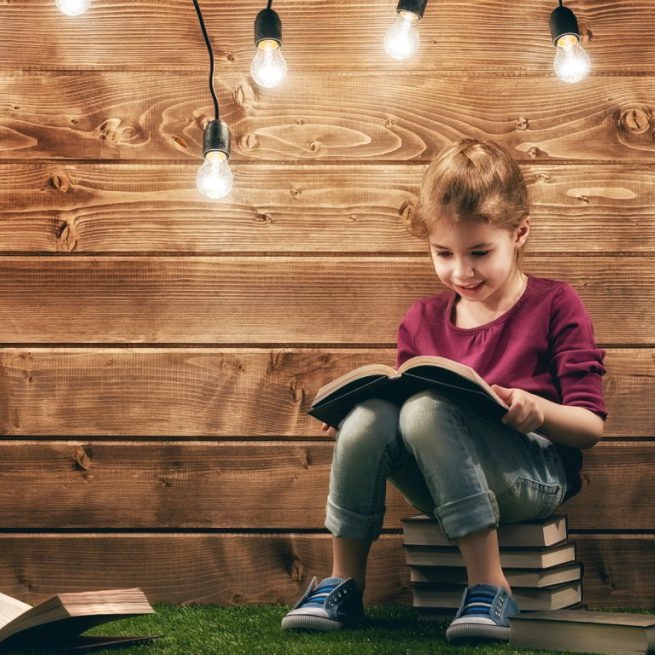